What to Look For When Buying an HY Van

What to Look For When Buying an HY Van 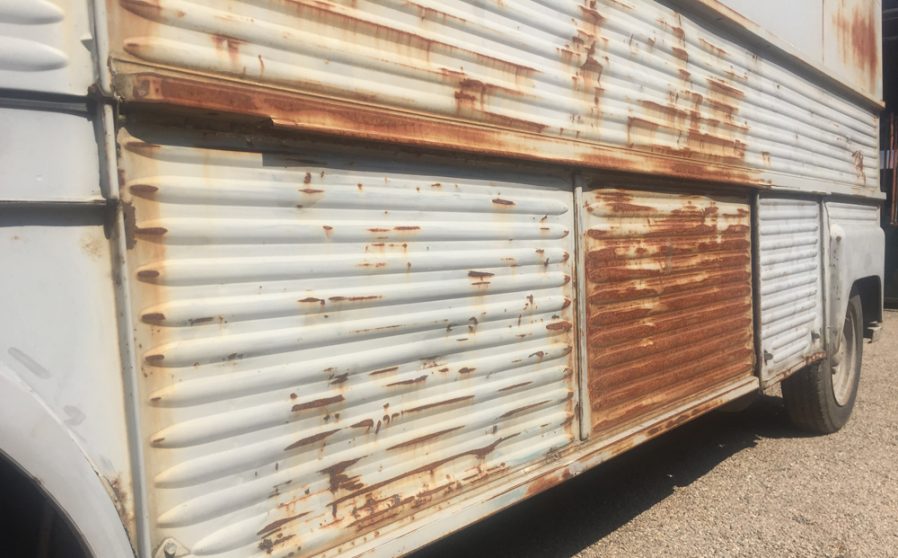 As it’s 100% impossible to lay your hands on a brand-new HY Van these days, it’s inevitable that buying a decent example is going to require a keen eye and a careful hand. The average HY Van on sale across the UK right now is at least 40 years old and, if we’re honest, we all know what four decades on the roads can do to even the hardiest vehicles!

As such, chances of finding an HY Van in showroom condition are minimal and if you do, you’ll be paying a small fortune for it, but while it’s important to have realistic expectations, it’s also crucial to know what to look out for.

Signs of Rust
Unsurprisingly, there’s a strong chance there will be rust present somewhere on the body and/or chassis of the HY Van you’re looking at. Around the wheel arches, the headlights and a variety of areas around the nose cone are prominent areas for rust to form on an HY Van and can vary in severity from minor to catastrophic.

Now, there isn’t a case of rust on any HY Van that cannot be repaired, but what must be factored in is that it indeed must be repaired to prevent degradation and the job can be an expensive one. Even the smallest of parts like the panels in which the headlights are placed can cost in the region of about £250 each for the real deal and if you go for a full re-spray after the work…again from a decent shop…it could go as high as £5,000.

As such, the long and short of it is to examine closely and thoroughly for rust – especially if you get the impression most of the damage has been simply painted over be the seller.

VIN
First and foremost, if you’re buying the HY Van for use in the UK then it’s crucial not to go any further until you’ve located and checked its VIN or chassis number. On an HY Van it can be found under the engine cover on the passenger side and should be noted before checking anything else. If the VIN isn’t present, chances are you won’t be able to register or insure the thing for use on UK roads.

Chassis Checks
The H Van is constructed in such a way where the body and the chassis are effectively one and the same – it’s not a case of the body being bolted onto the chassis as you may have come to expect. As such, both have a huge impact and influence on the overall safety and rigidity of the vehicle as a whole and must be checked thoroughly.

Tyres
Don’t overlook the importance of checking the tyres thoroughly on any H Van you’re thinking of buying. They might seem like an afterthought, but not only can they set you back a full £250 each to replace, but they’re getting harder to get hold of by the day.

The Rest…
As for the rest, it all comes down to common sense by way of engine checks, assessing the reputation of the dealer and establishing at least a few guarantees before agreeing to the purchase. HY Vans are some of the strongest and most resilient vehicles of their kind ever to hit the roads, but this doesn’t mean it’s ever a good idea to buy one without a clear head and an eye for detail.