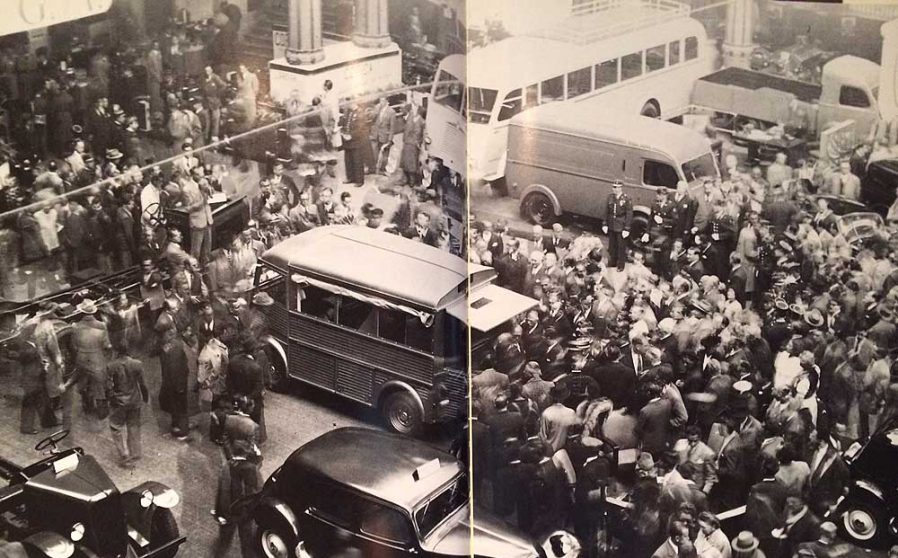 There are vans that anyone could recognise in a heartbeat and then there are the true icons you’ll never forget – HY vans being a prime example of the latter. What makes the Citroën HY van such a standout example is its outright uniqueness – there isn’t another van the world over that looks remotely like the HY or carries its charm.

These days, the HY van has become something of a status symbol for tasteful collectors and classic car enthusiasts alike, which pretty much explains why demand is outstripping supply.

The HY Van at The Paris Motor Show

The origins of the very first Citroën HY van date back almost six decades to 1947, when the crowds at the Paris Motor Show were wowed with a concept like nothing they’d seen before. What’s truly remarkable though is how it wasn’t until 1981 that production of the HY van finally shut down – that’s a full 33 years in non-stop production. Seriously – what are the chances of any car or van on the road today still being manufactured in 33 years?

As production ended in the early 80s, this means that every single HY van you lay eyes on today is a minimum of three decades old – you’ll even find a fair few still going strong after 60 years! Every HY van on the road today is a meticulously cared for piece of automotive history that’s seen more than most of the folk reading this – it’s little wonder why they’re also so universally respected in automotive circles.

What’s In a Name?

The whole naming subject is one of confusion for most…the vans really did look pretty similar throughout the years…but it’s actually pretty easy to clear it all up. Right back at its birth, the first model to roll off the assembly lines was the H van.

It was later in 1950 that the HZ van made its first appearance – built with softer springs and therefore not able to carry quite as much. 1959 brought the launch of the legendary HY van, which took things up a notch be offering much higher maximum load weight.

If you’re looking at an HX van, it means you’re looking at one of the mobile refrigerators that served industry and public so well for decades. And as for the HW vans, these were designed to be used as horseboxes.

There didn’t seem any reason to make many changes to the look of the Citroën HY van over the years, though something of a minor makeover was rolled out in 1964. It was at this point that a new badge was introduced and the usual split-screen windscreen was replaced with a single sheet of glass.

As such, this is a great way of instantly determining whether or not any HY van predates 1964…unless of course the owner has had it backward modified!

1969 brought in a new square wheel arch design and that was pretty much the last time the design of the Citroën HY van was changed prior to its retirement in 1981.